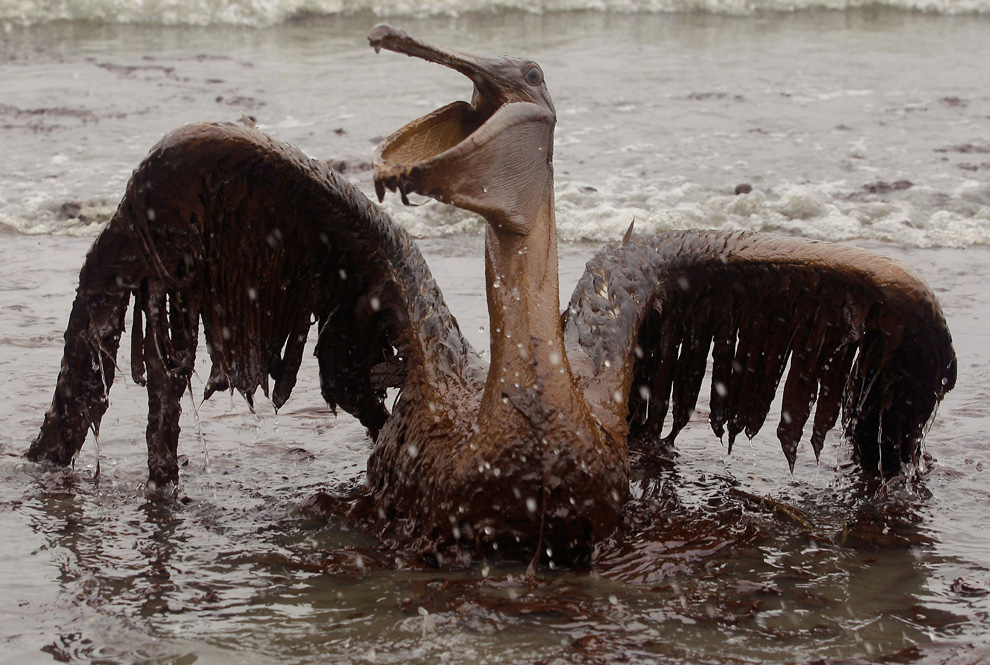 On April 22nd the Deepwater Horizon oil rig exploded, killing at least ten men. It then sank to the bottom of the Gulf of Mexico, opening a pipe which started emptying oil into the ocean at a rate anywhere from 50,000 to 200,000 gallons per day. Some specialists claim that the rate is even higher than that. Since that time British Petroleum, which was leasing the rig, has been battling to stop the flow of oil. Many tacks have been tried but few have had much affect. Attempts are, naturally, still ongoing.

David McCandless at Information is Beautiful. Click for larger. 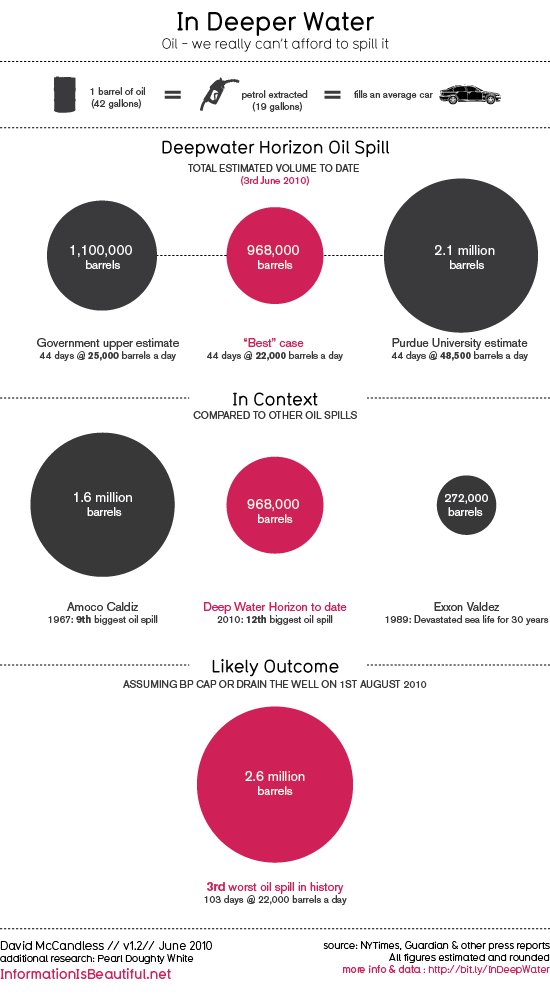 “Get mad, then get over it.” Colin Powell

Despite what some people believe, I very rarely hold a grudge. To the best of my knowledge I’m currently only clinging to one and readily admit it’s not entirely rational (and that I’m going to keep it for a while yet). I get angry, I parse and learn from it then move on, hopefully all the better for the entire situation. Doing otherwise is a waste of time, energy and life.

I’m also not what you could call an activist. I have my opinions (some say they’re abundant and strong) but I typically keep them to myself and avoid evangelizing or lecturing, choosing instead to allow them to guide my own actions and my own life. Others can (and should) choose their own path and inspirations. If my actions contribute to that in a positive way then I’m usually a happy camper.

From ifitwasmyhome.com. Click to create one for your area. [1]

But here’s the thing: this sort of disaster keeps happening. Land, air and water are devastated, to say nothing of the livelihoods of thousands of people. Our environment, food supply, bodies are becoming polluted. True, corporations are raking in the money and it’s tempting to blame them. It’s so very easy to stand up, full of righteous indignation, point the finger of blame at them as they roll around in their big Scrooge McDuck-sized swimming pools of cash and shout “J’accuse!” So, so very easy. Infinitely easier than pointing the finger where it belongs, at ourselves. We, the lazy, over-entitled, self-centered, insatiable consumers of the product which the corporations have the grace to provide. There’s no disputing that less demand for oil would lead to less drilling and fewer disasters of this nature and scope. 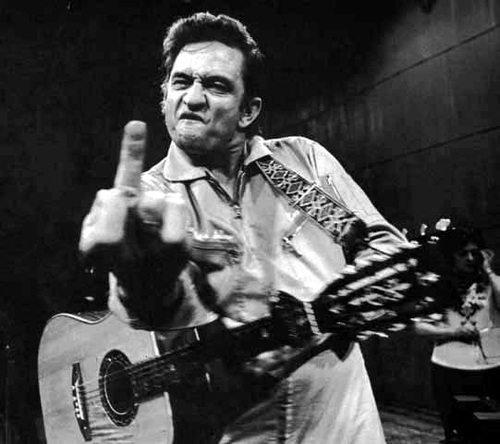 To that I say an uncharacteristically public, “Fuck this.” This finger should turn and point directly at my own chest. I am that lazy, over-entitled, self-centered, insatiable consumer and I am just as guilty here as British Petroleum or any of the other oil corporations. BP will perform penance by opening its massive pocketbook. I can do so by changing my lifestyle to reduce how much I rely on oil.

Thankfully my realization has come at a time when my company is re-evaluating its stance on telecommuting, enabling a greater opportunity for me to effect some meaningful personal changes. I’ll start there, working with my CEO and my team to develop a schedule which will minimize transit to the office while still maximizing productivity and team effectiveness.

After that… Well, I haven’t gotten that far yet. Baby steps (they’re still steps, after all). True, it’s not very much. Not even a drop in the barrel. Still it’s something. It’s all I can do right now but I’m going to do it and hope I’m not alone. I hope you’re able to join me in finding at least some small way in which you can reduce your personal reliance on fossil fuels. Separately we’re drops in a barrel. Together we’re 200,000 gallons per day (and some specialists claim even more than that).

[1] The grammar snob in me cringes at the lack of a subjunctive here. Someone please donate the grammatically correct http://ifitweremyhome.com/ to these people. Please.
[2] I know nothing of Fr. Jarrett aside from the appropriateness of this quote to the current situation.