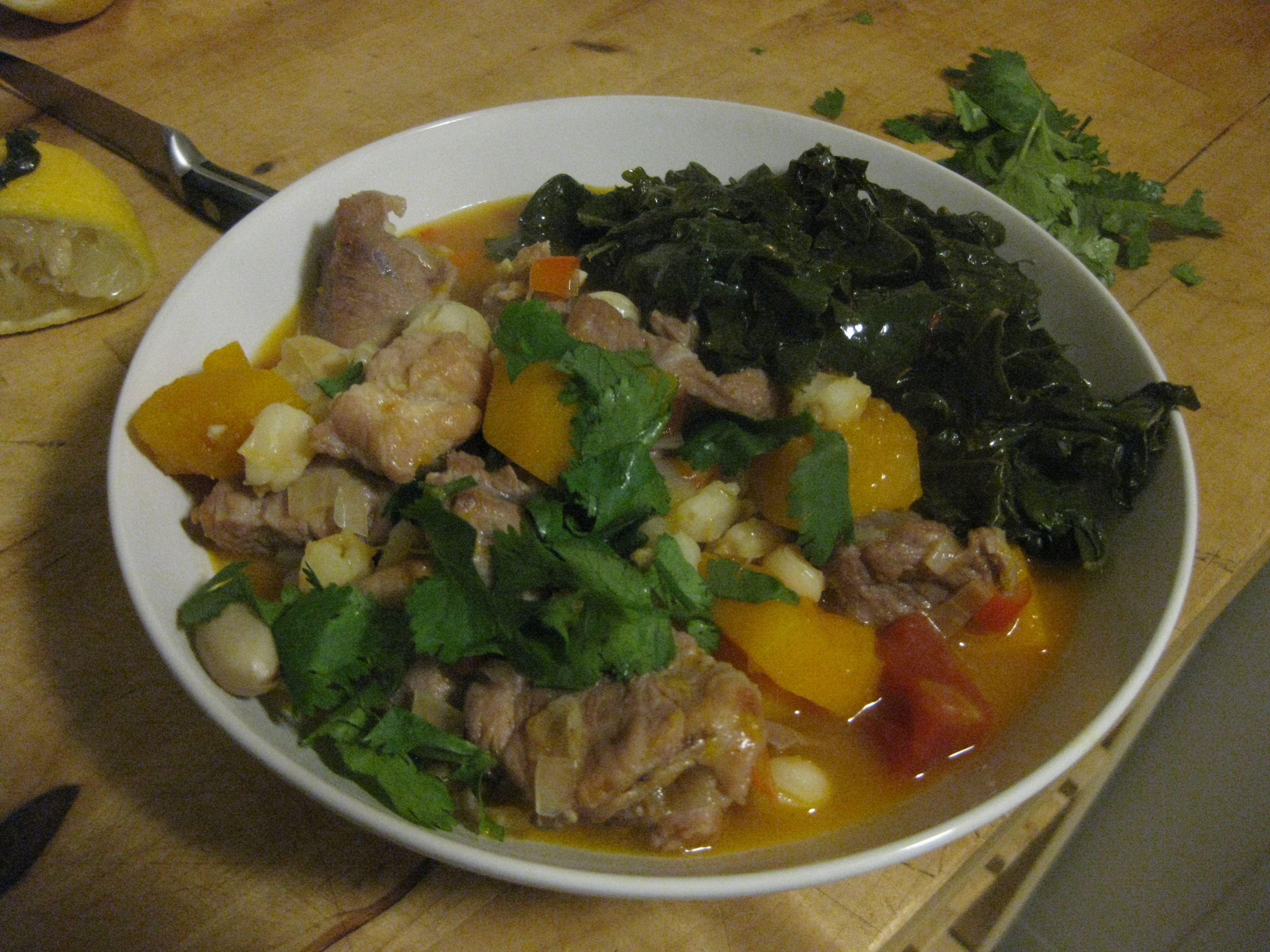 I stopped at the farmers’ market{.broken_link} today on the way back from the office. My “shopping list” was a $20 bill that was burning a hole in my pocket and a desire to get some fresh produce. At one of the first stalls I passed I found these beautiful (and unnamed) winter squash. I was suddenly struck by a bone-deep need to have a hearty pork and squash stew. With posole. Like that very very tasty pork and posole stew that Eric made that once. Yeah, I need something kinda like that.

So I raced around the market, picking up random things I thought would work in the stew. Then I stopped by Berkeley Bowl and picked up the pork. Vague plan in mind, I headed home and came up with the following:

For an improvisation I gotta say this was AWESOME. The pork was able to cook long enough that it melts when you eat it. The shell beans and posole add fun texture (and flavor). The squash was not too sweet so the stew is nicely balanced. The one thing I’d probably change is to add salt earlier in the process.

I served this with some kale I picked up at the market. I steamed it, shocked it in cold water then finished it off by sauteing it with EVOO and hot pepper flakes and hitting it with some lemon juice and salt. It worked brilliantly with the stew.